- April 08, 2020
Craig Rainey published Stolen Valor - A Carson Brand Novel (Craig Rainey Publishing) in the Summer of 2019. The first in the Carson Brand Series, the story introduces a new action-adventure character and a gripping plot.


Carson Brand Embodies the Hero in Everyone

My second novel was an easier project than Massacre at   Agua Caliente - A Western Tragedy (Craig Rainey Publishing 2018) where the script determined much of the storyline in the western, I had free reign over the structure and the content of my new novel.

I have always read spy novels. The most formative was The Destroyer Series by Richard Sapir and Warren Murphy. Later I enjoyed the Bourne series, Jack Ryan,  and most recently Jack Reacher. The common theme I grew to dislike was the characterization of the protagonists when they weren't performing heroic feats or saving the day was their social lives.


In My Novels, I Try to Create Strong Women with Realistic Flaws

It occurs to me that these authors had limited if hardly any success with women in their lives. Perhaps they were the nerds who women ignored for the football captains and the bad boys these authors created in their books. I don't believe that I am an authority on women, but I do try to listen to them.
The character Helen in Massacre at Agua Caliente was researched clandestinely with the woman I based her upon as well as input form other women in my life. Natalie in Stolen Valor is the embodiment of one of my exes.

Women fascinate me in that they are so different from men. The way they think, how they approach work and play, and how they interact with one another is remarkable when compared to men. A close friend of many years, call her LH, has told me on many occasions that women like me primarily because I make them feel special. Usually, a compliment like that is followed with a barbed zinger referring to my philanderous nature or connecting the trait to a pick-up process. LH knows me well enough to understand my fascination with women as individuals - not trophies. My point is that when you are trusted, you are awarded unique insight to the woman who trusts you.

Carson Brand is Me in Many Ways

I have never met these authors, so my opinion is purely from what I have read. I had a similar experience in the music business. I was a touring drummer for years. I played with dozens of bands. I found with few exceptions that the industry is peopled with nerds who learned to play an instrument. One lead singer/songwriter/guitarist with whom I played used to complain that I tended to cock-block him at every gig. He informed me authoritatively that the lead singer/guitarist got the girls. The stupid drummer made do with the chaff. I informed him that during his youth while he was sitting alone in his bedroom playing his guitar and crying, I was playing football, driving fast cars and dating hot women. I added that the reason he was so good with his instrument was because that was all he did growing up.

Like my musical friends, I believe most authors began their writing as an outlet where they created characters and personas that lived out their fantasies of popularity and philandery (not a word). I have never been a Casanova but I have dated frequently. To my detriment, I have been married 4 times and divorced 3 of them. You develop a remarkable experience base when you learn from your failures and benefit from your successes.

Carson Brand is not much of a ladies man, although he is considered attractive by most women. He doesn't see himself that way. He comes from a broken home, raised by his best friend Bert's family. The Bert character is the embodiment of the philanderer. The point of his life is to sleep with women. He was difficult to make likable enough for my readers to accept him as a realistic character. His flaws are delivered with his own unique humourous insight about himself. The character is based upon a close friend from years ago. Karen, the bartender, delivers the requisite amount of disdain and disapproval for Bert. She is based upon a true person. Many of the situations Brand finds himself in are based upon true events in my life. Some of the outcomes and details are altered - others are accurate.

Carson Band and his best friend Bert cross the Mexican border for a night out. Brand doesn’t know about his friend’s secret association with the Cartel. He also doesn’t know this will be his last night with Bert. Brand’s life changes forever when he enters a world of human trafficking, drug dealers, and murder. He is pursued by deadly Sicarios, sought by federal and state authorities, seduced then betrayed by the lovely Christina. Involved as deeply with the huge crime organization as his friend Bert had been, Brand must rely on his inherent toughness and limited experience to keep him alive.

The first in the Carson Brand series, Stolen Valor opens a door to the reality behind the daily news headlines. presenting a shocking view of a dark world that exists next door to our homes and schools. 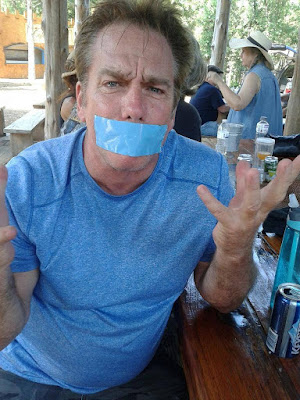 Please think critically. Question the Math I am learning that America is populated by people who lack basic math skills. Combine that with a preponderance of people with no desire to think critically and you have COVID 19 = Death. June 26, 2020 Austin, TX - Austin Mayor Steve Adler (Addled) is in full panic mode now that the doom and gloom medical authorities have announced that not only are we in a second wave of the virus, it is worse than they had anticipated. He is closing the bars and rolling back restaurants to a 50% capacity. This spells doom for Austin businesses. Austin is only one city of the hundreds who are led by politicians with more than their fair share of ignorance, and the knack for acting spontaneously upon inaccurate information. When the COVID 19 virus became synonymous with death, it handed down a verdict of death to the US economy. Whether you call it the Wuhan Virus, Corona Virus, or COVID 19 virus, it has yet to kill anyone. Many with t
Read more 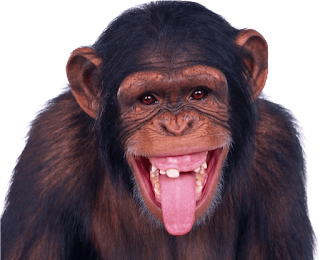 Short Story: As Much Fun as a Barrel of Monkeys  by Craig Rainey He gained consciousness in the familiar confines of his apartment. He knew it was his apartment only because he could see the banister to his bedroom loft and the burgundy accent wall above him. But that was where the familiarity ended. He pulled himself to his feet. "Ow!" He played gingerly at the tender spot on the top of his head: a spot covered by hair, matted with dried blood - apparently his own. Because opening his eyes caused him pain, he squinted through narrowly separated eyelids at his surroundings. He groaned at the sight of one of his home theater speakers poking out of the screen of his 72” 4k television. His green leather sofa, loveseat, and lounger were in turn, toppled, ripped and... "What the hell is that?" he muttered, spitting out small strands of hair…or fur. As he got closer to the sofa, he identified the smeared matter on the leather upholstery as feces. Upon clo
Read more